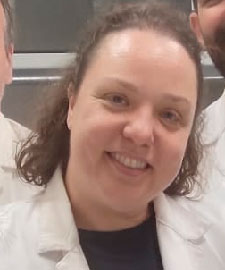 DNA is constantly confronting different DNA damaging sources that endanger its integrity. Thus, cells have perfectioned several DNA repair pathways to preserve genomic integrity. When both DNA strands get simultaneously damaged, there is not an intact template from which restore the DNA sequence and DSBs are generated, this kind of injuries being considered one of the most cytotoxic ones. In order to conserve genomic stability, cells have developed a well-regulated signalling cascade, known as the DNA Damage Response (DDR), to detect and repair these DNA alterations. Given the importance of DNA repair in tumor progression, there are many anti-cancer therapies based on the reduced capability of some tumor cells to cope with an exogenous source of DNA damage due to defective repair 3 as is the case of BRCA1-related tumors. Indeed, all radiotherapies and many targeted and general chemotherapies are effective only because cancer cells are more sensitive to DNA damaging agents. Moreover, some specific therapies against recombination-defective tumors (such as BRCA1 or 2-related malignancies) like PARP inhibitors are currently showing promising results in different clinical trials and the development of resistance to those PARP inhibitors is the main concern about these new treatments.

RNA editing alters RNA sequences by the action of specific deaminases that convert one base into another. Every mammalian transcript can be subjected to RNA editing. RNA editing can be classified into several categories, including adenosine-to-inosine (A-to-I) deamination, which is accomplished by a family of RNA-specific adenosine deaminases known as ADARs. This family is formed by ADAR1, ADAR2 (also known as ADARB1), and ADAR3; however, only ADAR1 and ADAR2 have been shown to present catalytic activity. Moreover, A-to-I editing has been proposed to be involved in the pathogenesis of cancer.

I am interested in the connection of these two so important nuclear processes, we have recently discovered that ADAR1 and ADAR2 are indeed factors with a role in the DDR (Jimeno et. al, 2021). Indeed, we have shown that the general pattern of ADAR2-mediated A-to-I editing changes upon DSB formation, such changes being depend on the DDR. As a consequence, ADAR2 is required for the maintenance of genomic integrity. Strikingly, ADAR2 role in the maintenance of genomic integrity is related with a role in homologous recombination and to its ability to edit DNA:RNA hybrids, such structures increasing when ADAR2 is depleted. Based on our findings, we propose an RNA-editing DNA Damage Response (REDAR) which is essential for DNA repair, contributing to the maintenance of genomic integrity. Specifically, we postulate that upon the triggering of the DDR, REDAR is activated and then, ADAR proteins, are mobilized from its usual targets to new ones, where they could increase the editing of a small fraction of yet-undisclosed mRNAs, whose role in the DDR is still to be clarified.

The Aicardi-Goutières syndrome (AGS) is an inflammatory autoimmune disorder that was first described in 1984 by Jean Aicardi and Françoise Goutières. In general it was characterized by an early onset encephalopathy with a high number of white blood cells in the cerebrospinal fluid (CSF) and basal ganglia calcification. All of these are symptoms typically associated with an immune response to congenital viral infection, however it seemed to be no traces of such infection. Besides these symptoms, it is common in the majority of AGS patients to find elevated levels of type I-Interferon (I-IFN) in CSF. This might be responsible of the inflammatory phenotype observed in children with the disease .At this moment, it is known that the syndrome is a genetically heterogeneous disease that can be caused by mutations in seven different genes, and amongst them we find ADAR1.