Ralf Wellinger is a Full Professor of Genetics at the University of Seville where he has been a faculty member since 2003. Since 2006 he is working as a Group Leader at the Andalusian Center of Molecular Biology and Regenerative Medicine (CABIMER).

Ralf completed his Ph.D. at the Eidgenoessische Technische Hochschule (ETH) in Zuerich in Switzerland and his undergraduate studies at the University of Kaiserslautern in Germany. He received various fellowships including the Ramón y Cajal, Marie-Curie and EMBO programs. He speaks various languages including German, English, Spanish and French. Helene Gaillard is a Associate Professor at University of Seville who joined the ’Mitochondrial plasticity and replication’ group in 2019 where she is collaborating on various projects. She also is also leading her own research line (see the following link: https://www.cabimer.es/web3/en/helene-gaillard/). 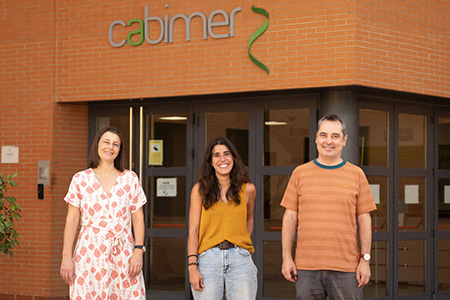