-Brd Proteins in Cell Proliferation and Differentiation.
-Role of SUMO and SUMO Ligases in Development. 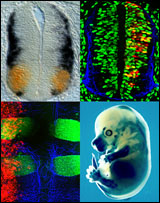 Research on stem cells results of high interest in the current days. Due to pluripotency, the application of specific protocols for cell differentiation allows the generation of a significant variety of specialized cells from stem cells. This capacity results extremely relevant for the application of cell therapies in the context of regenerative medicine. To elaborate specific protocols for cell differentiation, as for cell re-programming or de-differentiation we need a huge knowledge on cell proliferation and differentiation at the molecular and genetic levels. Research in our group is devoted to the coordination between both processes. Vertebrate development represents a valuable model for the study of these processes and the coordination between them. An important aspect of our research focuses in neuronal differentiation. Besides the mouse and the chick embryo, we use as models cell lines for in vitro differentiation, especially stem cells.

Vertebrate Brd proteins belong to the BET family of proteins, characterized by the presence of 2 bromodomains (chromatin interacting domains through acetylated histones) and an extraterminal (ET) domain specific of this family. Four members have been described in humans: Brd2, Brd3, Brd4 and Brdt. Except this last, restricted to the male germ line, rest of the members are ubiquitously expressed through development. In contrast to other bromodomain proteins, Brd proteins remain attached to the mitotic chromosomes, suggesting that they behave as true epigenetic marks. These proteins are essential for development, with a prominent role in the co-regulation of cell cycle genes. Beside this, recent results suggest an additional function in cell differentiation, associated to changes in nuclear-cytoplasmic localization. Our group investigates the role of Brd proteins in the coordination between cell proliferation and differentiation. This research is of appreciable relevance for the manipulation of stem cells. Our studies concentrate on development, especially of nervous system, and in the application of diverse differentiation protocols on stem cells.

Role of SUMO and SUMO Ligases in Development

SUMO (Small Ubiquitin-like MOdifier) is a small polipeptide, similar to ubiquitin, able to covalently attach to proteins as a post-translational modification. In contrast to ubiquitination, normally involved in protein degradation through the proteasome, SUMO modification use to have regulatory consequences. Sumoylation is implicated in transcriptional control, nucleocytoplasmic transport, protein and genome stability and enzymatic activity modulation. The process of modification involves SUMO transfer from the conjugating enzyme Ubc9 to the target protein, frequently mediated by a SUMO ligase. Ligases favor transfer by bringing together SUMO-loaded Ubc9 and the target protein. Compared with the elevated number of known ubiquitin ligases, few SUMO ligases have been identified. Among the most studied SUMO ligases are those of the PIAS family of proteins.

The sumoylation machinery is essential for development. Due to this and to the variety of processes controlled by SUMO in vertebrates, our research focuses on SUMO functions during development, especially of central nervous system. In addition we work in the identification of new SUMO ligases. Our purpose is to assign essential functions to SUMO in cell differentiation, which may benefit to the manipulation of stem cells. 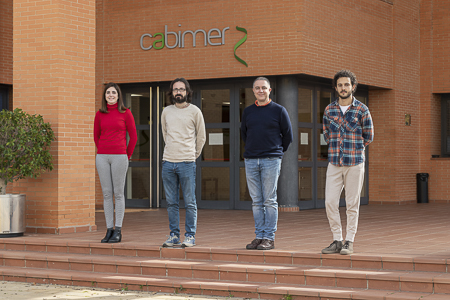