To date, over 366 million people worldwide have been diagnosed with Diabetes Mellitus (DM) and this number is predicted to reach 552 million by 2030 (www.idf.org). Global healthcare costs to treat or prevent diabetes are estimated to be 267 billion €. Both in Type 1 and Type 2 diabetes, progression of the disease ultimately results in b-cells death and insulin insufficiency.

The ultimate goal of diabetes treatment is to prevent -β-cell death, maintain insulin production and sustain normal blood glucose levels. In this scope, new therapies focusing on the preservation and/or regeneration of pancreatic islet b-cells that produce insulin would benefit patients and alleviate the necessity of daily insulin injections. Our patient-oriented research focuses on harnessing the molecular pathways regulating b-cell replication and functional performance as well as increasing survival to physiological insults. More specifically, we are deciphering the functional role of key factors such as Pax4 and HMG20A in rodent as well as in human islet physiology. Mutations and polymorphisms in these genes have been associated to DM. We are also exploring the impact of novel factors such as LRH-1 and Pax8 on islet development and mature function. Using a combination of genomic and proteomic tools, we are gradually deciphering the molecular targets of these master regulators.

A major goal in the treatment of diabetes and its related complications is to identify new ‘druggable’ factors that can be pharmacologically modulated to improve the functional -β-cell mass and insulin target tissues in diabetic patients. In this perspective, we have already characterized a promising small LRH-1 agonist, BL001, capable of protecting human islets against stress-induced cell death. Transgenic animals are also being developed as model system to comprehend the role of these factors on islet physiology and determine their impact on whole organism glucose metabolism. Novel technologies such as non-invasive in vivo imaging are being applied to assess alterations in β-cell mass in response to environmental insults in living transgenic animals.Additionally, new lines of research are investigating novel therapeutically promising agents inhibiting lipogenic pathways to increase insulin responsiveness in insulin-target tissues. The long-term objective is to translate quality basic research to new innovative therapies for the treatment of diabetes. 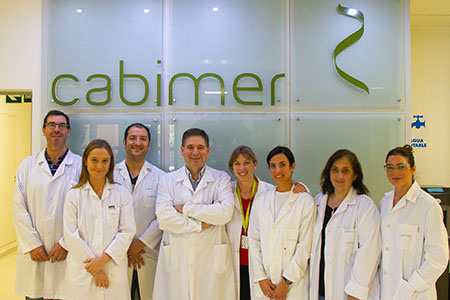